There are three key highlights in yet another take on Cyprus, this time from JPMorgan's Robert Henriques: the first, and most obvious, is that "more extreme scenarios of burden-sharing will not necessarily reinforce investor confidence" - that much is clear; the second, as we pointed out over the weekend, is that what happened in Cyprus is a "the death knell for an EU Common Deposit Guarantee scheme, which was to be an integral part of the Banking Union proposals" - so much for the key part of European monetary and fiscal integration. But the third, and most important, is that "we would expect future crises to be exacerbated by more extreme deposit flight. This would likely mean the ECB would have to increase its presence as liquidity provider of last resort, which, under normal circumstances, would lead to increased asset encumbrance and lower recoveries for senior debt." The problem for Europe, as diligent readers know too well already, is that asset encumbrance is already at record high levels, meaning the ability to find "free" assets used to create new loans will be next to impossible.

Then again, the market is nearly green, and the DJIA is just shy of all time highs once more, so all must be well.
From JPMorgan:
Opening Pandora's Deposit Box
In our opinion, there are likely to be several broad impacts as a result of the decision to impose a tax on the deposits held by the Cypriot banking system. In the first instance, we think that this is testament to the fact that EU policymakers are willing to contemplate more extreme measures in the always difficult process of balancing sovereign and bank solvency. We recall that it was not too long ago when EU policymakers were agonizing over the decision to impair senior unsecured bondholders, we now move to a situation where the depositors are now being forced to participate in what we think is a burden-sharing exercise in all but name. Ironically, while bondholders may be saved from burden sharing in this exercise, we expect that having more extreme scenarios play out will not necessarily reinforce investor confidence, with the implementation of the EU’s RRD (Resolution & Recovery Directive) being a fast-approaching milestone. At the very least, we think that this places pressure on policymakers to push forward with the 2015 implementation date with no delay, to give a common framework for future bank bail-outs that will avoid ad-hoc outcomes such as the expropriation and depositor “Taxes”.
An immediate consequence of the decision to impair the deposits within the Cypriot banks, is that this will be the death knell for an EU Common Deposit Guarantee scheme, which was to be an integral part of the Banking Union proposals. Clearly, in a scenario where insurer deposits, i.e. below the €100k threshold, can be impacted by a one-off tax such as in Cyprus, the effectiveness of such a deposit guarantee will be clearly undermined. What is an even greater concern is the fact that depositors can become part of the equation in solving a banking crisis in extreme circumstances, although we appreciate that this may have been driven by the unique liability structure of the Cypriot banks, in addition to the origin of the off-shore deposits. We note that a common deposit guarantee scheme would have been designed to reinforce and stabilize depositor confidence whilst a bank or banking system was being subject to a resolution outcome. Our major concern is that with this action, one of the stabilizing instruments will have been completely undermined in the current process and, in future, we may see a very strong reaction in deposit flows in the event that a banking sector may experience  stress. In the event that a run on deposits becomes a more feasible outcome, we think that this places a greater onus on the ECB to provide liquidity.
An additional concern is the subversion of the order of subordination, with depositors, who were ostensibly ranking pari passu with bondholders at worst, suddenly finding themselves having a worse outcome than more subordinated liability holders, albeit with limited amounts of subordinated debt outstanding. We think that this reinforces the need for a rapid implementation of the RRD, which would avoid such outcomes and give investors greater certainty as to where they stand in the liability structure.
A Question of Contagion
In terms of the overall market impact, the key issue will be the element of contagion among the peripheral banking sectors, where there may still be some residual concerns with regard to solvency and where strained sovereigns have very limited scope to provide further taxpayer resources. In the event that we had to note strong deposit flows in those jurisdictions, we think that this would undermine broader investor sentiment. We note that while the markets themselves may appreciate the unique circumstances that drove the decision-making process in Cyprus, it remains to be seen how well that translates to retail depositors elsewhere in the periphery.
Deposits become a little bit less sticky
We note that there was a significant level of deposit out flow following the Spanish banking crisis; however, it was likely that this was somewhat mitigated by the expectation that depositors would be spared any loss outcomes. Indeed, following the recapitalization plans of the Spanish banks post the stress tests, we have seen depositor recovery. Whilst the direct impact is limited from a Cypriot deposit tax, we highlight this undermines the safety of insured deposits when there is another crisis. As such, we would expect future crises to be exacerbated by more extreme deposit flight. This would likely mean the ECB would have to increase its presence as liquidity provider of last resort, which, under normal circumstances,would lead to increased asset encumbrance and lower recoveries for senior debt. We note that ECB secured borrowing is expected to be exempt from the RRD proposals.
Eingestellt von rolf j. koch um 18:43 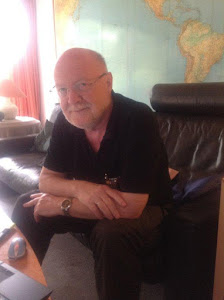